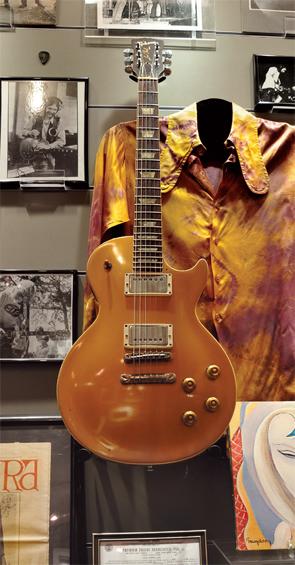 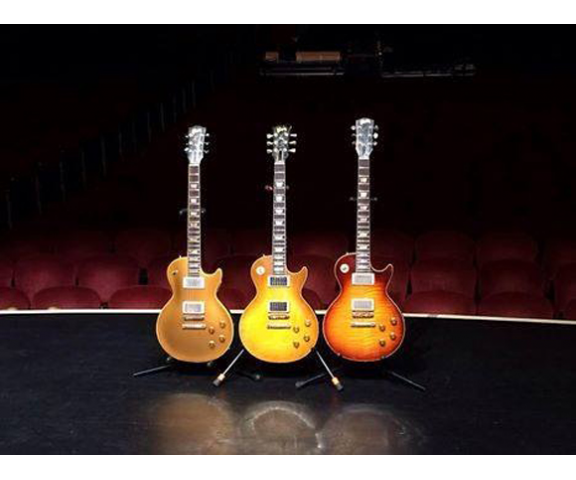 Duane’s Les Pauls on stage at the beacon. Photo by Kirk West.

Duane Allman had three primary Les Pauls during his time with the Allman Brothers Band.

The 1957 goldtop he played on the band’s first two albums as well as most of the Derek and the Dominos Layla sessions has been on display at the Big House Museum in Macon, Georgia.

The other two Les Pauls, a 1959 cherry burst and a 1958 or 1959 dark burst, are owned by Duane’s daughter Galadrielle and have long been on display at the Rock and Roll Hall of Fame in Cleveland. She made sure that both guitars made it to the Beacon, along with Duane’s goldtop, for the Allman Brothers Band’s final performances this past October.

According to Galadrielle’s moving memoir,Please Be with Me: A Song for My Father, Duane Allman, her mother Donna took the cherry burst from Duane’s apartment after his death and soon lent it to a musician friend—who had introduced Duane and Donna. She asked him to return it when her daughter was 21.

Gregg had the dark burst, but the band’s road manager Twiggs Lyndon was worried about its fate. A classic car aficionado, Lyndon traded Gregg a 1939 Ford Opera coupe for the guitar, determined to hold it for Galadrielle until she was “old enough not to give it to the first guitar player she dated.” He took the guitar on tour with the Dixie Dregs, and it was on the road with him and band when Lyndon died in a skydiving accident in 1979. 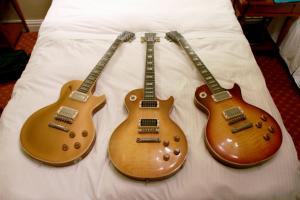