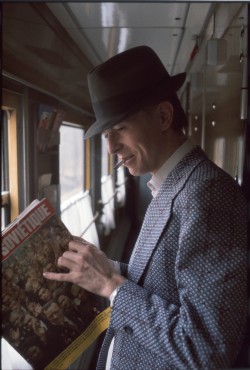 How awful to wake up this morning to learn that Dvid Bowie has died at 69. He did a masterful job keeping his illness secret, right through a flurry of press attention for the release of last week’s Blackstar album (which features Tedeschi Trucks Band bassist Tim Lefebvre). Two years ago, I wrote the following story for Guitar Afficionado’s Photo Finish feature. The discussed image as well as many other Kent/Bowie shots and thousands of other iconic rock images are available to purchase here at Rock Paper Photo.

“David loved trains and already taken the Trans Siberian Express and decided to do a side trip to Moscow,” Kent recalls. “The band flew on to Helsinki, but he, his manager, his assistant and Jimmy [Iggy Pop] were headed to Moscow and asked if I wanted to join them.”

This was the height of the Cold War and Westerners faced strict restrictions on travel through the Soviet Union. Kent recalls that Bowie knew that one could get a transit visa from Zurich to Helsinki, passing through Poland and Moscow without political ramifications.

“We were ghosts until we got to Brest, Poland, where an albino KGB agent took us off the train and interrogated us. They took a Playboy magazine and some books of David’s and let us go, saying someone would meet us in Moscow, but no one did. We took a walk around Red Square, visited the famous GUM department store, had dinner at the Metropol Hotel, and then got back on a train and left.”

Kent was walking down a hallway when he saw Bowie reading a Russian Socialist magazine and snapped this photo. “It was a long trip with very little English reading material,” Kent says. “David was just looking for something to do; it was not a political statement.”

At the Russian border, Pop and Bowie were strip-searched; there seems to have been a lot of people smuggling religious icons in their body cavities.

“It was mostly a very low key trip, though it created a scandal in Scandinavia,” Kent says. “The train schedule was wrong and people were expecting us a day earlier. The publicist had lined up a lot of press to meet the train and interview David and when we didn’t show up there were banner headlines: ‘Bowie missing in Russia.’ We just showed up and walked off the train the next day.” 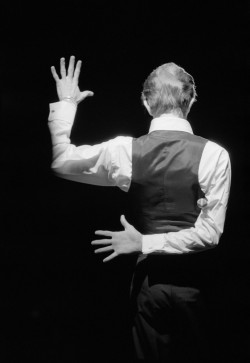 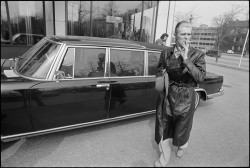 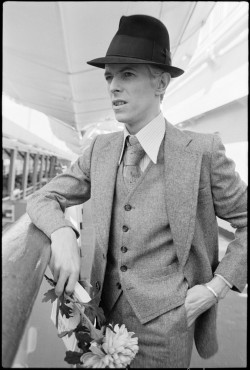