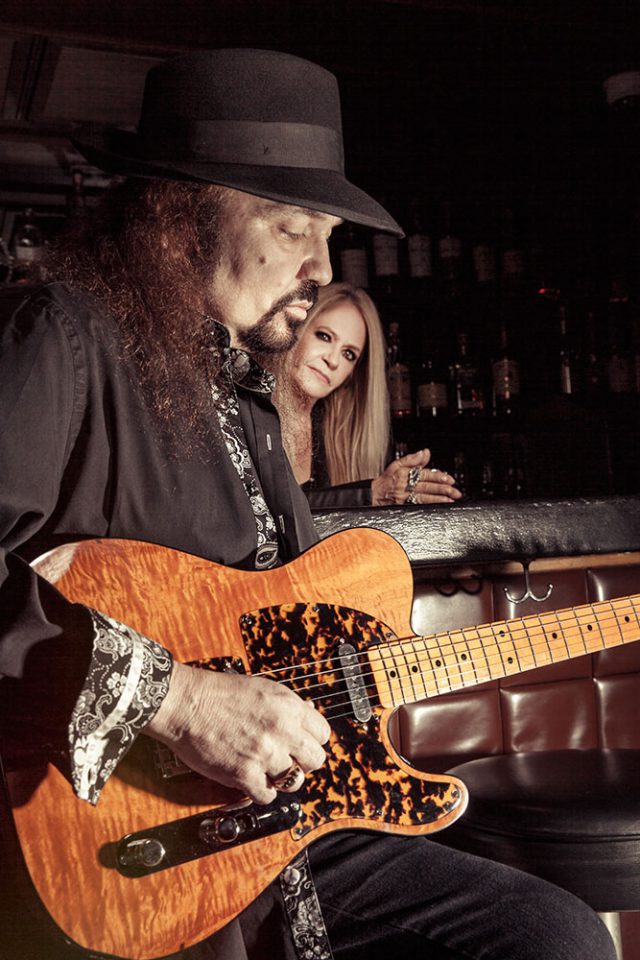 Gary Rossington and his wife, Skynyrd backing vocalist Dale Krantz-Rossington, have a new album Take It On Faith, out tomorrow. Dale was the lead vocalist in the Rossington Collins Band and returns to that role here. I interviewed Gary about it for Guitar World. Story will be in the next issue. In the meantime, enjoy a preview of one tune I liked, “Highway of Love.”

One thing I learned in the interview; the Telecaster in the picture on this page belonged to Prince. “Our road manager bought it and I just grabbed it for the photo shoot,” Gary told me. “It was right after Prince died and I thought it was cool to have his guitar, which he apparently played a lot.”

If you’re a Skynyrd fan, you’d likely enjoy this story about the making of “Free Bird.”