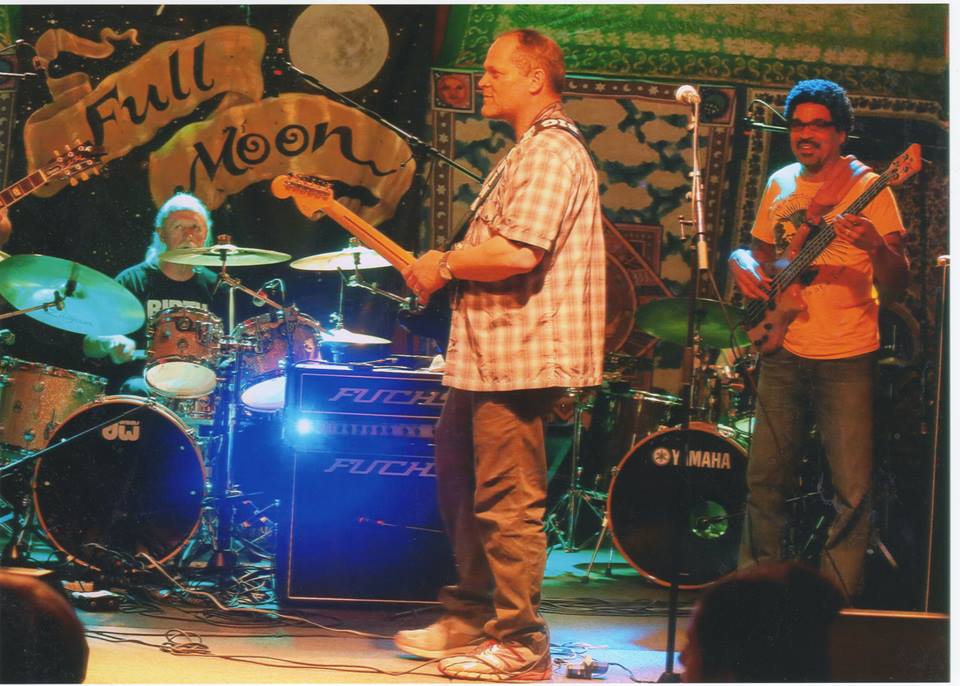 Jamming with Oteil and Butch, 2014. This explains a lot but not all of why Roots Rock is so great.

On Monday, August 14, some 100 music lovers and jam fiends from all over the world will descend on the Full Moon Resort near Woodstock New York for the fifth annual Roots Rock Revival music camp. Roots Rock was the brainchild of Allman Brothers drummer Butch Trucks, who recruited a staff of teachers/counselors including bassist Oteil Burbridge (Allman Brothers, Dead and Company) and brothers Cody and Luther Dickinson (North Mississippi All Stars).

This year the camp will continue without Trucks, who died in January. Two legendary drummers Bernard Purdie and Johnny Vidocovich will be on hand, along with former Allman Brothers guitarist Jack Pearson, keyboardist John Medeski and a host of other instructors including Butch’s son Vaylor Trucks and Berry Duane Oakley, son of original Allman Brothers bassist Berry Oakley. The whole camp will be dedicated to celebrating the life and music of Butch Trucks and Col. Bruce Hampton, who was aninstructor in past years and who also died this year.

Roots Rock is part of the Music Masters series, which also includes camps with Dweezil Zappa,  Richard Thompson, Robben Ford and members of the extended The Band family. It was Butch Trucks’ baby and the decision to continue on without him was difficult, but only for a moment, according to Henry Stout, who founded and runs the Music Masters camps. 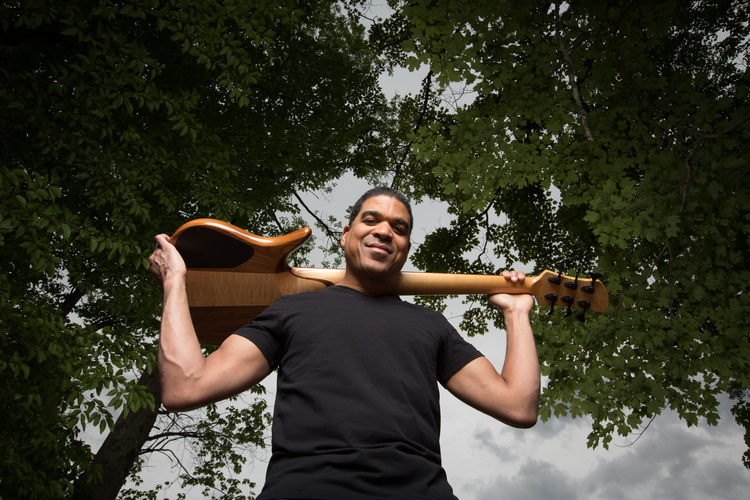 “After mourning, everyone agreed that ‘he road goes on forever’ and none of us had any question that Butch would have wanted us to carry on,” says Stout. “ Butch and I had a deep understanding and connection regarding the concept of Roots Rock Revival.  Roots is a home base for carrying the torch of his legacy and passing on the music of the Allman Brothers Band.” 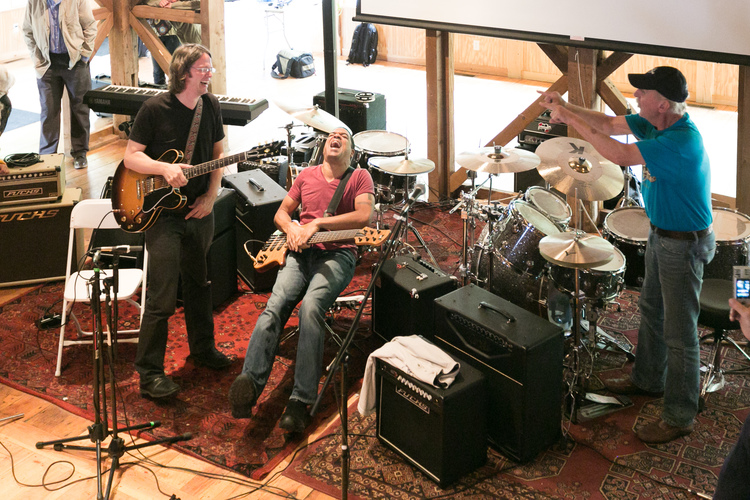 Luther, Oteil and Butch in the Barn. Captures a lot.

Adds Burbridge, “We could have never have anticipated Butch’s absence,  but we quickly had a lot of participants voice their desire to see it continue. We’ve grown to really appreciate and cherish the relationships that have grown out of our camp. ultimately for me it had to be all about the campers. It was for them in the beginning and it still is now. We need to learn from Butch’s life and his death and apply those lessons to our present and future.

“We also have had some really great musicians agree to come and participate this year. After losing Butch to have Bernard Purdie and Johnny Vidacovich bless us with their presence is really amazing. They are both legendary figures in American drum history. We’re so excited for our campers to get a chance to see them in action and personally pick their brains as well as the other great guest teachers.” 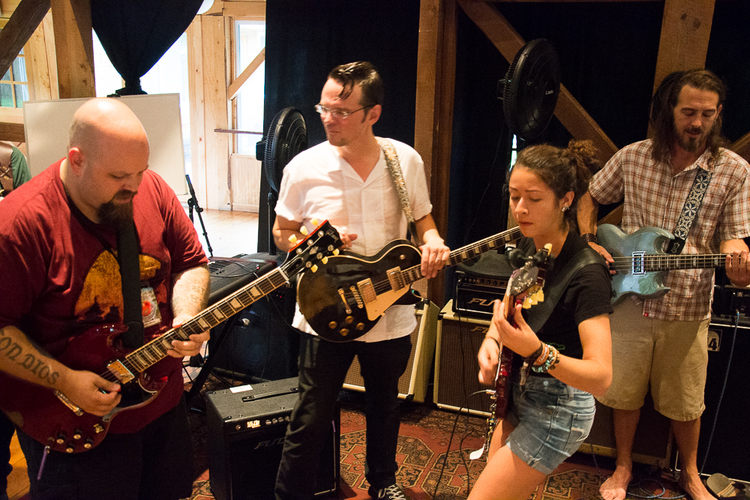 As much as the staff is central to the experience, the campers themselves have formed a cohesive family-type atmosphere. There is a large percentage of returnees who not only welcome the annual reunions, but stay in touch throughout the year, form bands, meet up for shows and immediately welcome newcomers into the fraternity. Attendees range the gamut of musical experience, from weekend warriors to people with many years of gigs under their belts. Brandon “Taz” Neiderauer, who has been at every Roots Rock camp, was taken under his wing by Trucks and other counselors the first year, 2013, when he attended as a nine-year-old. This year, after a long run starring in Broadway’s School of Rock, sitting in with dozens of acts and establishing himself with his own band, the 14-year-old will be there as a guest artist.

“The opportunity to play with other like-minded musicians, let alone the chance to sit in with Butch, Oteil the Dickinson brothers and so many others is just amazing,” says Chris Dinardo, a New Jersey guitarist and bassist. Chris has played several gigs with my band – after we met at the second Roots Rock in 2014. “I’e met so many talented musicians from around the world at Roots Rock and while it may sound cliché, many have come like family members. We celebrate each other’s successes and mourn losses.”

Over the years, the campers have not grown only close to one another  but to the staff.

“Watching the campers growth over the years is always the biggest mind blower,” says Burbridge. “That’s always the biggest change that I notice. The Roots Rock community overlaps on different levels. A lot of the campers are obviously into live music as fans, they are probably festival goers, some are playing professionally, some are hoping to do so one day, no matter their age. It’s great to see friendships develop and run into campers outside of Roots Rock Revival at a concert somewhere or when I’m on the road.

“That’s why my favorite part of Roots Rock is just seeing everybody. Hearing everybody’s progress. Getting questions I would have never expected. Seeing the excitement of all the campers at being back at Full Moon. And the camp has definitely had an impact on m own playing. I always learn a lot from teaching and interacting with others. All the different viewpoints always result in enlightenment in some degree. It’s a great mirror and measuring stick to have someone else dissect the mechanics and philosophy behind what you choose to play. It inevitably makes me realize just how many things I don’t consciously think of when I am playing. The human computer is still the greatest.”

Inside Roots Rock Revival from Music Masters Camps on Vimeo.

Watch video for Gregg Allman’s “My Only True Friend”