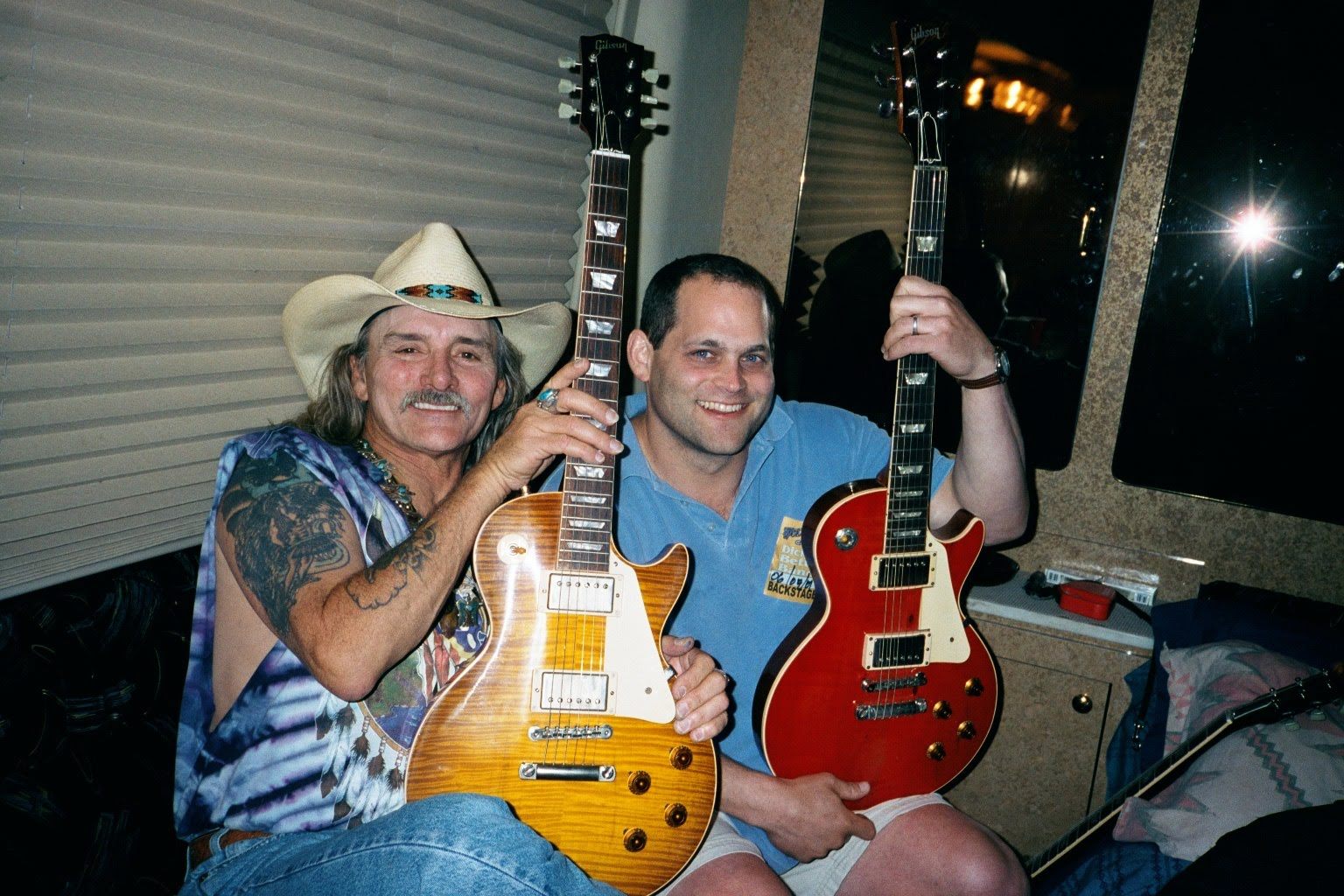 Dickey showing off the prototypes on his bus, 2001. Rare time when a photo captures the interview. Photo by Andy Aledort.