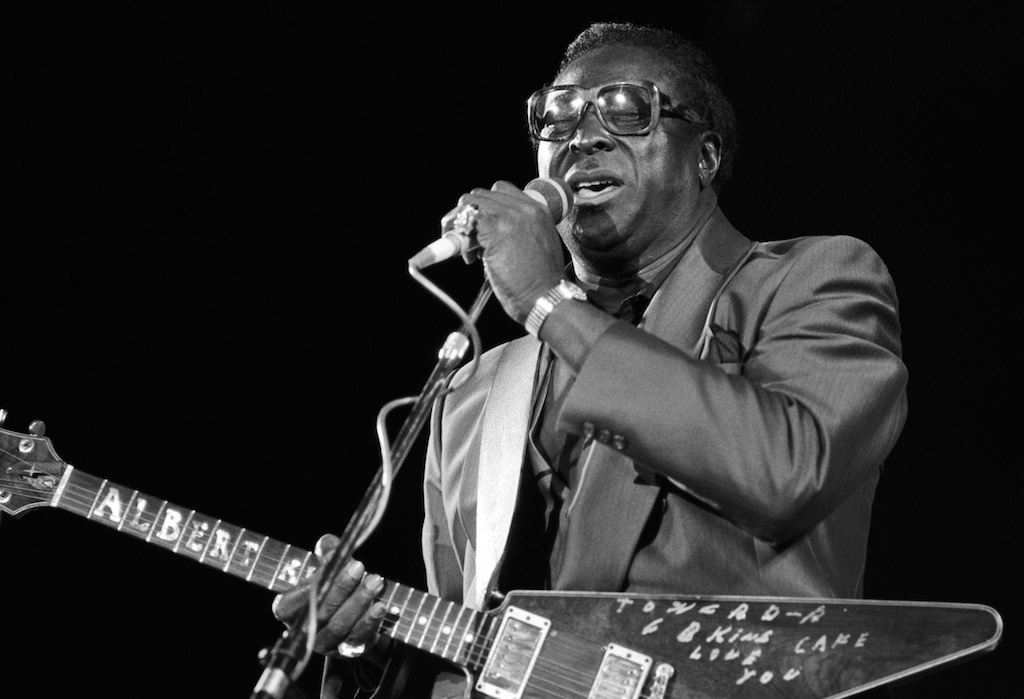 I wrote a lot of entries for a couple of Music Guides many eons ago. I am going to start sharing some here, starting with one of my all-time favorite guitarists. If this interests you, please check out my interview with Albert here – it was one of my first interviews for Guitar World and it remains one of my proudest moments.

Never as well-known as his like-named contemporary, B.B. King, Albert King was nonetheless almost as big of an influence. In fact, more rock guitarists – notably Jimi Hendrix, Cream-era Eric Clapton and Stevie Ray Vaughan – have copped directly from Albert than any other bluesman. Standing an imposing six-foot-five, 250-pounds, the former bulldozer driver played with brute force, bending the strings on his upside down Gibson Flying V with a ferocity that could be downright frightening. King made his first recordings in the early Fifties and cut some fantastic sides for Bobbin and King Records from 1959-63, but he really hit his stride when he signed with Stax Records in 1966 and began working with Booker T and the MG’s and the Memphis Horns. His collaborations with them worked as well as they did because for all his toughness, King’s music swung, a fact well-documented on the excellent live albums where he recaptures the Stax albums’ drive backed by a horn-less quartet. He was also a fantastic, if not particularly flexible singer.

WHAT TO GET NEXT: Let’s Have a Natural Ball (Modern Blues, 1989) **** collects King’s late-fifites, early-Sixties sides, where he was backed by a hard-charging horn section. I’ll Play the Blues For You (Stax, 1972) **** includes the killer title track as well as “Little Brother,” perhaps King’s most tender moment. Soul-blues never got much better than this. In Session –with Stevie Ray Vaughan (Fantasy, 1999) **** is a great document of a historic meeting of pupil and teacher. Includes studio dialogue and a host of great tunes.

WHAT TO AVOID: Red House (Castle Records, 1991) ** is a misguided, probably well-intentioned attempt by producers Joe Walsh and Alan Douglas to help the great bluesman by modernizing his sound. Ugh. Somebody got really excited when they discovered long-missing tapes of Albert King jamming with John Mayall and a band highlighted by soul jazz greats. Then Fantasy released The Lost Session (Stax, 1986) ** and it became painfully clear why the tapes got shoved into the warehouse in the first place. 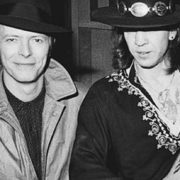 Gregg Allman on supporting the home team
Scroll to top