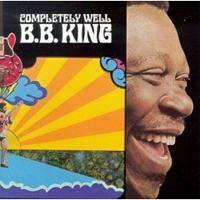 Years ago, Guitar World dedicated an entire issue to the 100 Greatest Solos Ever. As with all such lists, it was somewhat arbitrary but a lot of fun. I wrote a lot of the entries, and will be posting them here randomly, as I see fit,sometimes with added commentary. One editorial note: I did not rank them; I just wrote them.

First up, #33, B.B. King’s “The Thrill Is Gone,” a song I still find incredibly haunting and powerful.

“I carried this song around in my head for seven or eight years,” B.B. King recalls about “The Thrill Is Gone,”which had been an r&b hit for its author, pianist Roy Hawkins, in 1950. “It was a different kind of blues ballad. I’d been arranging it in my head and had even tried a couple of different versions that didn’t work. But when I walked in to record on this night at the Hit Factory in New York, all the ideas came together. I changed the tune around to fit my style, and [producer] Bill Szymczyk set up the sound nice and mellow. We got through around 3 a.m. I was thrilled, but Bill wasn’t, so I just went home. Two hours later, Bill called and woke me up and said, ‘I think “The Thrill Is Gone” is a smash hit, and it would be even more of a hit if I added on strings. What do you think?’ I said, ‘Let’s do it.’ ”

Strings in place, the song rose to Number 15 on the Billboard chart, becoming King’s first and only pop hit and earning him his first Grammy Award. “I felt especially proud because the song was true to me, and because Lucille is as much a part of it as me,” King says. “She starts off singing and stays with me all the way until she takes the final bow. People ask why I don’t sing and play at the same time, I’ve answered that I can’t, but the deeper answer is that Lucille is one voice and I’m another. I hear those voices as distinct. One voice is coming through my throat, while the other is coming through my fingers. When one is singing, the other wants to listen.”

Also: A version of my story about taking Jacob to see B.B. King is up on guitarworld.com.

The making of “Sultans of Swing”