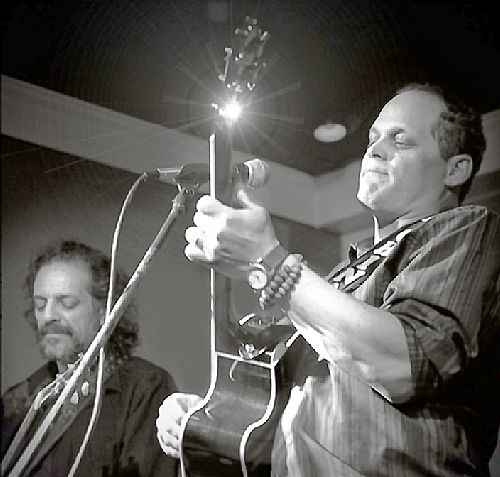 I am really proud and excited to announce that guitarist Andy Aledort will be joining Big in China at Uncle Mike’s in downtown New York on Friday, May 18. You can see details on the event here.

WHAT: Andy Aledort with Alan Paul and Big in China

Andy is a longtime friend and Guitar World colleague. He also is, truly, one of the World’s greatest guitarists. For the past decade or so, he has played with Dickey Betts’ Great Southern – see the video below of him tearing it up last week on “Liz Reed” and be awed.

I was in the room the first time Andy and Dickey played together  for a Guitar World lesson interview to write the first batch of Betts columns. That led to Dickey inviting Andy to sit in and that led to the guitar legend asking him to go back to his hotel room and give him a lesson and realizing that he needed Andy in his band.

Andy has also played with SRV’s Double Trouble and Jimi’s Band of Gypsys – including at the Mt. Fuji Rock Festival. They call him Andy Hendrix in Japan. He has played with the Allmans at the Beacon, given Joe Perry guitar lessons, played bass for Johnny Winter and the entire Experience Hendrix Tribute Tour  (he took over when Tommy Shannon took ill)…and this is just the tip of the iceberg.

I have played with his band the Groove Kings quite a few times – including at two Big in China book release parties last March. But this will be the first time Andy joins my own Big in China band. Andy lives on Long Island and while he tours the world, he does not play Manhattan very often. So come on by to hear one of the greats. The videos below provide a taste. Poke around online if you want to hear more.

Andy’s solo on “In Memory of Elizabeth Reed” with Dickey Betts and Great Southern. 4-26-2012

“Will the Circle Be Unbroken” with Andy and the Groove Kings, March, 2011. Also features BIC guitarist Dave Gomberg. 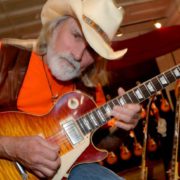