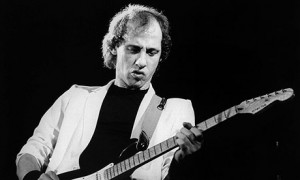 In 1997 or ’98, Guitar World did a cover story on the 100 greatest guitar solos of all time. I wrote many of the entries and will repost a bunch of them over the next month or so.

I’ve been listening to Mark Knopfler’s new album Privateering, which prompts me to post this story on the writing and recording of  “Sultans of Swing” from Dire Straits, the band’s self-titled debut album. I really loved their first three albums and Mark was a big vocal influence for me, without thinking about it too much. I despise the song “Walk of Life” and became unable to listen to them for a long time after that hit.

When I did this interview, I messed up the time change and woke Mr. Knopfler up from a deep slumber. sorry about that sir.

Publishers Weekly Reviews One Way Out
Scroll to top