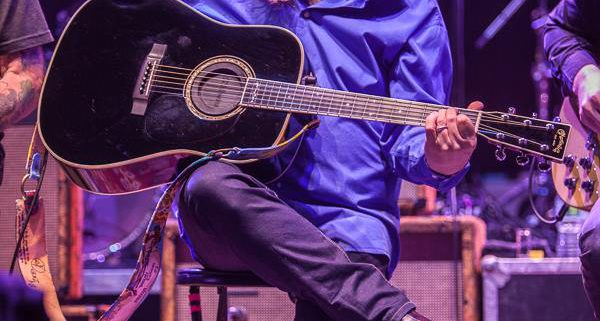 Warren Haynes has announced new tour dates with Railroad Earth. The guitarist, who teamed up with the band for his upcoming albumAshes and Dust, has added a pair of June gigs in Nashville, as well as an appearance at Gathering of the Vibes and another stop in Baldwinsville, NY. One of those Nashville performances will be a two-song set at the iconic Grand Ole Opry, while the Vibes set will be in addition to his previously confirmed Seaside Allstars superjam.

Haynes will release his new album Ashes and Dust on July 24. The album, which finds Haynes backed by Railroad Earth, will feature a number of new songs, as well as material that Haynes penned 20 or 30 years ago. More information on the release can be found here.