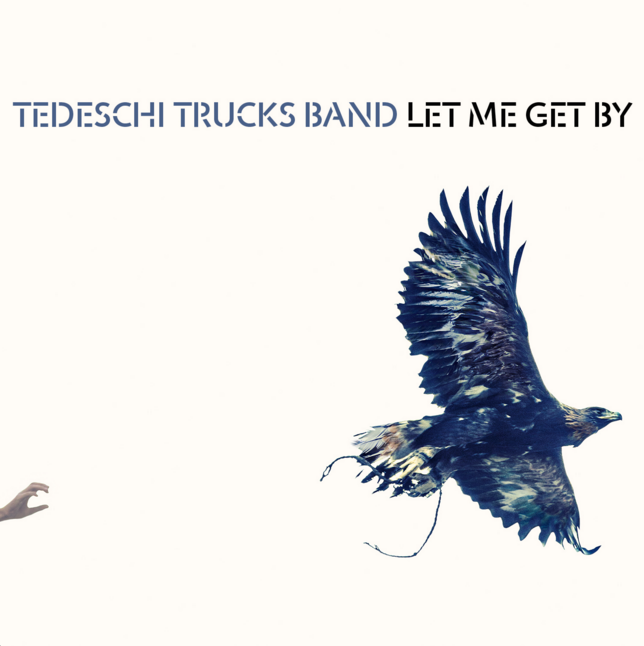 This is a press release – not my words or thoughts! I just thought my people would want the info.

On January 29th, 2016 Tedeschi Trucks Band, led by the husband-and-wife team of singer-guitarist Susan Tedeschi and guitar virtuoso Derek Trucks, will cap an extraordinary and transformative year with the release of Let Me Get By, their third full-length LP and debut for Fantasy Records. Listen to the lead album track “Anyhow” on the bands website:

In addition, the special, 2-Disc deluxe version of Let Me Get By includes an 8-track bonus disc featuring live recordings from the legendary Beacon Theatre in New York, alternate mixes, early song takes and additional studio material, along with an expanded booklet containing exclusive studio and live photos, all housed in a custom-designed vintage amp box. The 10-track standard version and 18-track deluxe version are both available for pre-order beginning today on the TTB website and via iTunes and Amazon beginning Friday.

Recorded at Swamp Raga Studios, the band’s home studio in Jacksonville, Florida, Let Me Get By is an absorbing, self-assured, artistic leap forward. Playing with an economy of power and uncommon grace, the 12-piece outfitone of the most deeply skilled and admired musical ensembles in the worldexplores themes of independence, love and release.

Let Me Get By is an album of firsts  in addition to being the first TTB record Trucks produced on his own, and the first on which he and Tedeschi wrote all the songs within the TTB family, it’s Trucks’ first album since his 15-year run as a member of the Allman Brothers concluded when the group disbanded last year. In Trucks’ own words, “That’s what I hear in the music on this new album – this feeling that we’re now putting 100% of what we have into this band, not going back to anything else, everyone giving it their all.”

The songs are distinct for their communal nature, with each band member contributing to the album’s varied and diverse sonic textures. Opener “Anyhow” perfectly embodies the group’s newfound liberation; with Tedeschi’s voice levitating above a symphony of towering horns and Trucks’ inventive soaring slide guitar tones. Elsewhere, “Dont Know What It Means” serves up a funky church sermon, and “Crying Over You” delivers a classic 70’s Philly soul throwback.

Combining inspired Memphis soul, electric rhythm & blues, country, rock and classic song craft; TTB has captured the admiration of both concert audiences and critics worldwide. Since their inception in 2010, TTB have seen both of their previous albums debut in the top 15 of the Billboard Top 200 album chart, and won a GRAMMY for their debut album Revelator, which was hailed by Rolling Stone as a “masterpiece.” They tour over 200 days a year, with such highlights as headlining their first Wheels of Soul amphitheater tour this past summer, four consecutive sold-out shows at the Beacon Theatre in NYC this fall, and a surprise appearance on the debut episode of the Late Show with Stephen Colbert. In studio and on stage, TTB continue to flourish and surprise, and the release of Let Me Get By marks the beginning of another exciting chapter in the bands storied tale.

The Wolf’s Man – An Interview with Hubert Sumlin On His Birthd...

The Allman Brothers Band Memorabilia – an Interview
Scroll to top